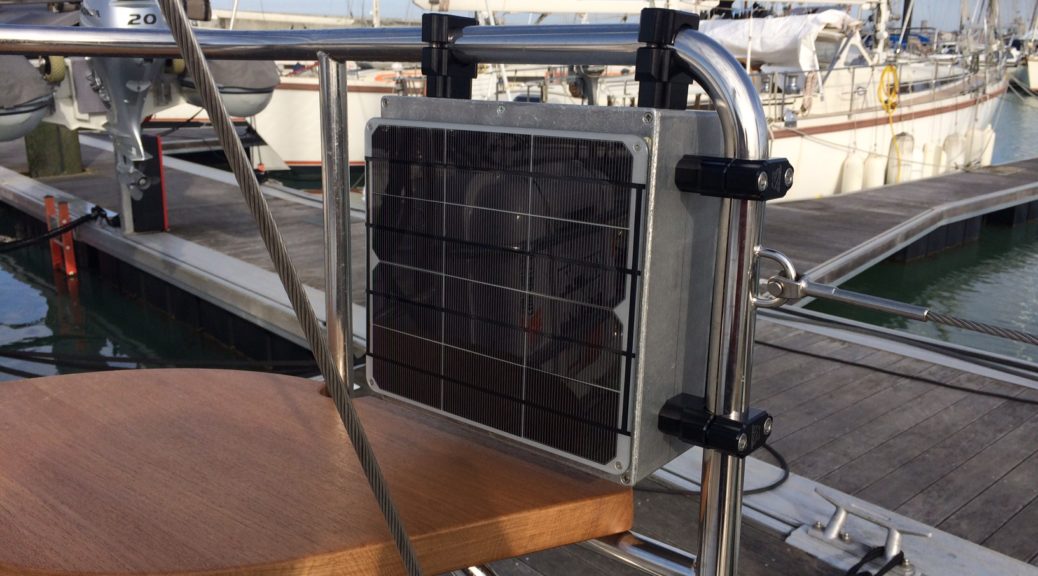 The work was performed in the frame of the Kantonschule Wohlen.

Fabian and Tim can be reached for more information at

During the last year we have been working on our matura paper, using the data Thierry provided us with. As he got to sail the oceans and visit all kinds of exciting places, we sat at home writing code, reading papers and trying to extract something worthwhile from the roughly 27’000 data points. All jokes aside; it was a great opportunity to be able to work in a, for us, completely new and interesting field, while being mentored by such experienced and distinguished researchers. Originally, the ‘Gaia’ project was brought to our attention by an email forwarded by one of our teachers. Since we didn’t know what to do for our matura yet, we decided to apply. Lo and behold: we were actually accepted. At first this highly complex and multi-faceted field of aerosol-science was quite overwhelming for us. We spent a lot of time reading up on some of the research and theory. Unfortunately, the start of the voyage was delayed due to the covid-19 pandemic, which slightly disrupted our schedule and led to us not having quite enough time to realise all the things we had wanted to do. However, during the summer holidays, we could finally get to work with the first batch of measurements. What followed were four months of late nights, weekends and holidays spent with combing through thousands of lines of data, faulty code, manuals for Q- and ArcGIS, books and papers. All of which resulted in an 80-page paper that we will try to summarize here.

In total, the detector was active for roughly 380 hours, 40 of which we had to remove for quality-assurance reasons. Using an online meteorological service and the MarineTraffic API, we further appended some meteorological variables (such as wind speed, relative humidity, et cetera) and the position of the ship to any given hour. Comparing the aerosol-distributions with the meteorological conditions constituted one pillar of our analysis. Most of the time during which the detector was active was spent in the Scottish and Irish sea. Generally, we could connect the maxima of our measurements for different sizes to events such as fog periods or the running of the diesel engine. In contrast, we could not ascertain any deciding environmental factors causing the lowest measured concentrations, save for possibly an influence of precipitation, which we unfortunately could not confirm in relation to all measurements. In the mean, our measurements for the number- as well as mass concentration (PM1,2.5,10) of aerosols were low in comparison to those typically observed in urban areas, but relatively high when contrasted with concentrations in clean marine air. Overall, the variance of the measurement was extremely high and the whole distribution could significantly change within hours, highlighting the importance of local dynamics. We could further establish particularly low average concentrations for measurements which were conducted more than 8 km from the next shore, the mean PM10 was for example comparable to measurements on the Jungfraujoch. Thus, we were able to conclude that the other measurements were strongly influenced by terrestrial aerosols. Yet, for smaller distances to the shore we could not detect a direct correlation of concentration with the distance to the coast, which indicates that geographical, meteorological, and other local variables outweigh, – at least close to the shore – the contribution of terrestrial aerosols in comparison to the vicinity to the coast alone. The influence of wind speed, relative humidity (RH) and temperature was also investigated. We found that of the three factors, the RH had the greatest impact, especially in the lower size ranges. This corresponds well to the theory of condensation. In relation to wind speed, we could only determine a relatively small increase in aerosol concentrations, far smaller than in other studies conducted on the open ocean. This lends further credence to the hypothesis that our measurements were far more influenced by terrestrial aerosol than sea spray aerosols. Moreover, no correlation of aerosol concentrations with sea or air temperature was found.

Another component of our work was to compare empirical formulations for the production of sea spray aerosols from three different publications to the data. This was complicated by the fact that these formulations not only depend upon windspeed (and in one case sea surface temperature) but are also expressed in terms of the radius of the aerosol at relative humidity 80%. Hence, we needed to account for this fact. We found that the predicted flux increasingly corresponded to the measurements towards higher windspeeds, yet for moderate and small windspeeds the calculated production of SSA was several magnitudes smaller than the measured concentrations. However, these results should for several reasons be treated with caution: Firstly, as we have already noted, the influence of terrestrial aerosol was likely dominant, therefore the measurements are not representative of a pure sea spray distribution. Secondly, the production of aerosols is not the only factor influencing a given concentration. Processes such as rainout and sedimentation, which remove aerosols from the atmosphere, are also vitally important.

One way to quantify the effects of these terrestrial aerosol sources, without the need of further measurement equipment, is to trace back the air-packages which contained the measured populations and use that information to find sources for anthropogenic aerosols. To this end, we used the NOAA’s Hysplit model and the Global Forecast System dataset to calculate the pathway of the air packages for the previous 72 hours up to the point of measurement, which were averaged over one hour. These trajectories were then combined on a grid and weighted by their concentration, which resulted in a potential source contribution function (PSCF for short).  These functions showed higher concentration values over large population centres like Glasgow, Edinburgh and surprisingly: Paris. Additionally, we also ran the Hysplits built in concentration simulation, which simulates a “puff” of aerosol particles which are then each treated as their own little package. This yields much more accurate results, as it crucially also accounts for turbulence in the air. One possible future research project could be to use these more accurate dispersion simulations to calculate PSCF’s.