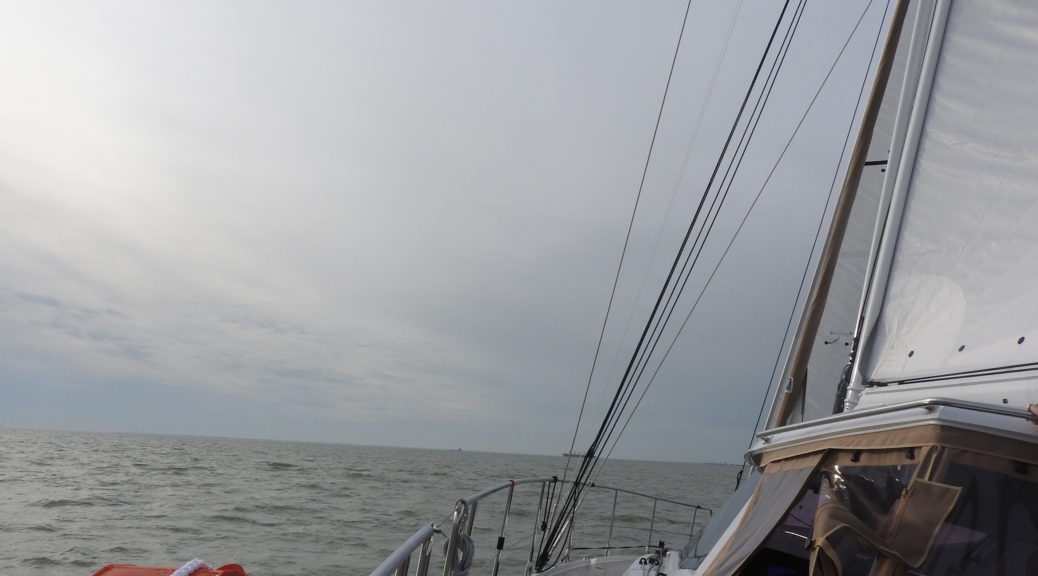 Discovering the world through a voyage, whatever the mode of transportation, is a source of enrichment for those taking part in the voyage. What the travelers discover can, however, be shared more broadly using texts, images, sound or films.

A sailing trip on the world oceans confronts the crew with many sides of the planets: the sea, the sky, fauna, flora,  landscapes. This is a prime opportunity to nourish our admiration and our curiosity about the world, to learn  about  the many sides  of nature and how they interact; in a word, to practice science. Using a  sailing cruise to  share not only the beauty of the world, but also our knowledge  of nature is the essence   of “Science  with Gaia”, “Science et voile avec Gaia”.

Gaia is a 50ft sailing boat under Swiss flag that we -Barbara and Thierry Courvoisier- are sailing from France to the UK, the Faroe Islands, Iceland, Greenland, Newfoundland and then further probably along the East coast of America to the Pacific and beyond. We intend to sail several months per year for a number of years. The cruise began in the Summer 2020 when we could, despite restrictions, sail from La Rochelle to Scotland.

We have been discovering temperate seas and will discover the arctic waters as well as tropical and equatorial landscapes, we will be confronted to a large variety of meteorological conditions. We will see the sky at all latitudes. The islands and continents  we will approach have been formed by volcanism or other telluric mechanisms. Plants and animals on land and at sea will reveal many of the sides of life. All these domains and more are not only a source of admiration for their beauty, they are also the source of knowledge acquired in the course of centuries and decades. This knowledge includes descriptions of the objects seen in the night sky, but also astronomical navigation, descriptions  and physiology of animals and plants and their adaptation to the land and climate they live with, evidence of  volcanism and telluric phenomena, meteorology, the understanding of  the physics of the atmosphere and climate, to mention but a few topics. The beauty of what we will see and the knowledge associated is what we want to share with “Science with Gaia”.

“Science with Gaia” gathers a group of scientists knowledgeable about the many topics we will come in touch with, and a group of communication people. The first synthetize the  knowledge available on the elements we come across, while the second take these syntheses and prepare them for various audiences. Material is thus being prepared for primary schools -more than 200 classes have already signed up to follow this-, an exhibit is planned in Lausanne, a foundation gives a special prize including a week on board, secondary school teachers access the material,  matura (end of school) projects use atmospheric measurements made on board. All these projects use our sailing trip as guiding path through the material. The difficulties and pleasures of sailing provide a human side to the science, thus illustrating vividly how knowledge acquisition is intimately linked with all the sides of human life; not only reason, but also emotions, efforts, joy and pain.

During 2020 a number of texts have been written by scientists and published on https://sy-gaia.ch/category/science-et-voile-avec-gaia/. These texts have been advertised by special emails and announced on facebook and linkedin. They have  been met with great  interest and enthusiasm by a large number of people. Material for primary schools has been prepared and used as far as the circumstances allowed.  In addition to the knowledge related texts, we have published a number of items describing the sailing and the trip as we lived through it during the year (https://sy-gaia.ch/category/news/). The mix of news from the crew and popular science texts has proved to fulfil the aim of giving knowledge the human side it often lacks.  The collaboration behind “Science et voile avec Gaia” is very satisfied by what has already been achieved and keen to pursue the project. It is therefore expected that a rich collection of lively knowledge will be made available this year again.

“Science with Gaia” is a mainly French language project, it is described  on the  site  sy-gaia.ch and on the sites of the project participants.